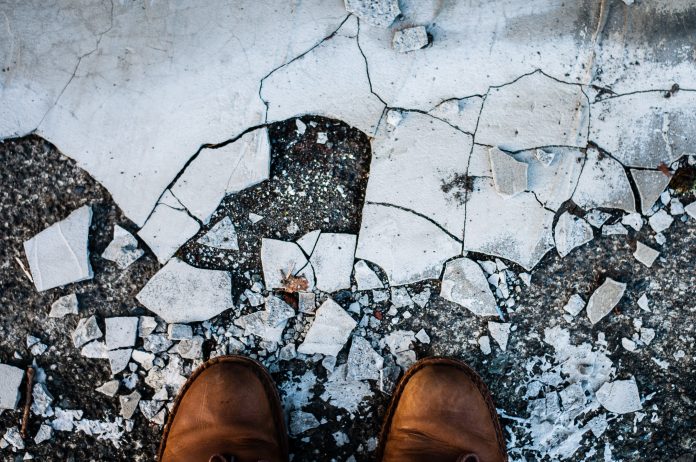 There are solid reasons for why concrete has been and continues to be used so widely. Its durable strength and compatibility – to a great number of uses – make it the ideal construction product. Made-to-order, concrete is among the most popular artificial materials in the world, earning popularity even among conservationists.

A ‘Green’ product, concrete’s thermal mass helps make it additionally desirable and affordable. But like anything else, it is not 100% stable. It will eventually reflect the conditions of its environment. Since it is generally used outside, one should anticipate the eventual appearance of cracks or, at least, hairline fractures. 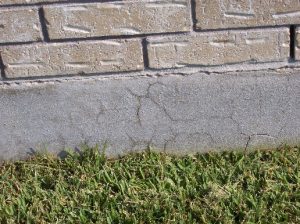 Just as the weather and temperature will fluctuate, so will concrete. It contracts and expands depending on the climate it is exposed to. Hot weather will usually produce more “shrinkage” cracks. Shrinkage cracks are common, often of hairline stature caused by water evaporation. Often they may run through the entire slab. It’s not necessarily an indication of serious damage, and as stated previously is generally commonplace. But the heat causes the mix to dry promptly requiring more water, making a perfect balance difficult to achieve. Sometimes cracks may even appear within a day of its creation.

It is actually possible to curtail crack formation, and it starts at the beginning. By carefully monitoring the ratio between water and cement in the mix while strategically including synthetic fiber additives, the appearance of cracks will decrease. Since an overage of water will contribute to cracking potential, this monitoring will ideally facilitate the use of ‘expansion’ and ‘control joints’. 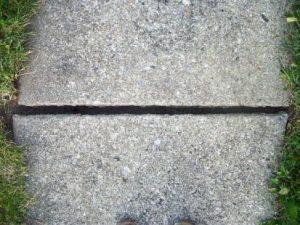 Expansion and control joints are separations made of rubber or metal grooved into the outer surface of the concrete. They help take pressure off of a slab. The grooves are purposely incorporated by using a tool to etch in the joint while concrete is poured. A control joint’s function is to allow the concrete to crack freely in predetermined areas.

So “expansion” cracks are intentional, designed to be controlled by the joints which run the depth of the slab and provide complete separation between sections. Once again, hot weather will contribute to new cracks and without a joint installed to prevent friction and pressure you may be looking at one fractured block.

That’s not to say that cracks in concrete don’t have any appeal. Graphic artists use the look as a design choice all the time. Shifts in the ground’s soil may also have a profound difference in concrete’s stability. Who hasn’t been awed by the might of an ancient tree whose roots, once confined to cement framing, thrust out in a dramatic upheaval that makes mincemeat of the concrete? The strength of Nature! 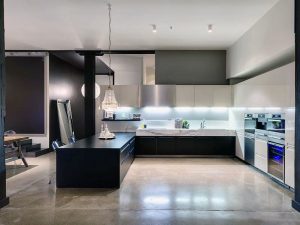 Cement structures designed for indoor use tend to fare a little better. Although a modern interior allows for greater temperature control, cracks are still inevitable. However, by taking advantage of the indoor climate conditions, installers are more successful in creating a close facsimile to a smooth flawless slab.

Since concrete is durable and adaptable, the drawbacks of cracks are greatly outweighed by the benefits. We can take steps to reduce the cracks, but they are a generally accepted flaw of a much greater machine. For the foreseeable future at least, concrete’s job security is… concrete.

How To Change an Outlet in 1 minute

Ryan - February 12, 2019 0
By Dillon B. (Additional Writing by Ryan O.) Changing the electrical outlet is a much easier task than most people think. We can change outlets...