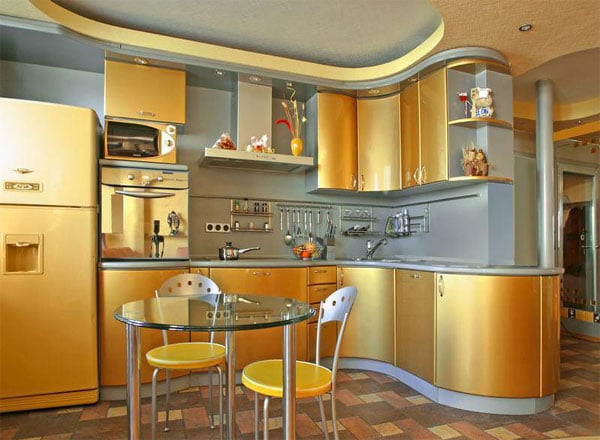 The U.S. Dollar to Be Replaced with RTA Cabinets

Disclaimer: This is a work of satire meant purely for comedic enjoyment!

In a startling maneuver by the Fed it was announced on April 1st that the longstanding foundation of the United States economy, the almighty dollar, will be replaced this week by ready to assemble cabinets. Hailed by economists as a confusing and potentially cataclysmic shift in policy, this declaration is sure to affect every segment of the market. All we know is that we are ten kinds of rich and we are buying a yacht.

The fluctuating markets before the weekend have entered into a steep decline today as the new RTA standard is said to take effect immediately. Jerome Powell of the Fed could not be reached for comment as he was apparently at a local cabinet showroom wheeling out as many kitchen sets as his Rav4 could carry. CNN reached out to us for comment but we were too busy picking out curtains for our new palace.

14th Fed Chair Ben Bernanke spoke about the sudden move in an interview with C-SPAN. In between pulling folds of bills from his wallet to set ablaze, he explained that this is probably just what our beleaguered economy needed to kick start a new growth period. In light of how many families and home DIYers tend to get involved in new kitchen and bathroom remodels around tax season, he suggested that this would likely be a strong infusion into the middle class as many RTA cabinets are being picked up for installations right now. We couldn’t hear him too well over our new gold-plated BOSE headphones.

At the New York Stock Exchange, Monday morning’s opening bell echoed through a silent chamber of fluttering paper as all traders flooded into wholesale cabinet suppliers attempting to secure a nest egg for retirement. At some large and forward-thinking financial institutions like Chase Manhattan, the ATMs were already being retrofitted at this story’s publication time to accept and distribute pre-built RTA cabinets for customers.

While many customers were flooding into cabinet showrooms to pick up as many white shaker cabinet sets as their arms could lift, other savvy investors went to online wholesalers. Sites like BestOnlineCabinets provide visitors with instant and convenient access to what has essentially become the new gold standard, making it feel like cheating the system it’s so easy to get a new cabinet set. Treating RTA cabinets as the newest form of cryptocurrency, these customers filled their shopping carts to bursting while envisioning their new lives as island queens and kings.

Don’t be left in the dust as these financial changes sweep across the nation. Check out our wide selection of pre-assembled and RTA cabinets to deposit safely in your kitchen or bathroom for a great investment in your home. Our scavenger crews are hard at work replenishing our inventory through what they’re cleverly calling “Reverse DIY” projects to make sure our selection stays plentiful.

Disclaimer: April Fools! This has been a work of satire. The U.S. economy still functions on the U.S. dollar, and we happily accept that currency for our high quality cabinets.

Starting your own home garden market

How to Go Modern with White Shaker Cabinets