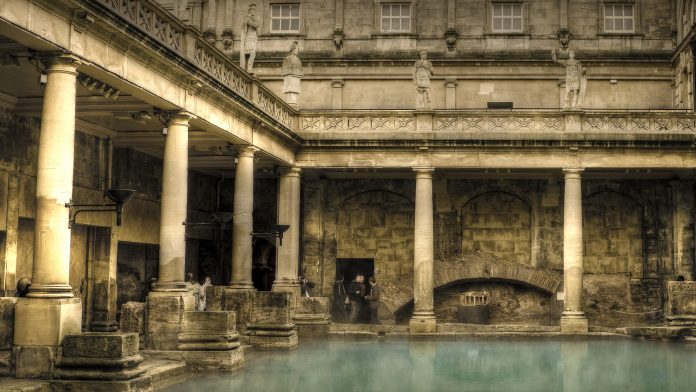 A brief history of modern baths

Certain people tend to look at the bathroom as purely functional. Of course they’ve probably never remodeled one or owned a home. Otherwise they would be aware of how much there is to appreciate design wise – from the fixtures to the accessories, to the style of the tub and, of course, the choice of vanity. Vanities have been made in an endless array of shapes and forms, and have a history all their own. Let’s take a look at that evolution…

It’s hard to imagine bathroom vanities in the days before indoor plumbing. Of course they 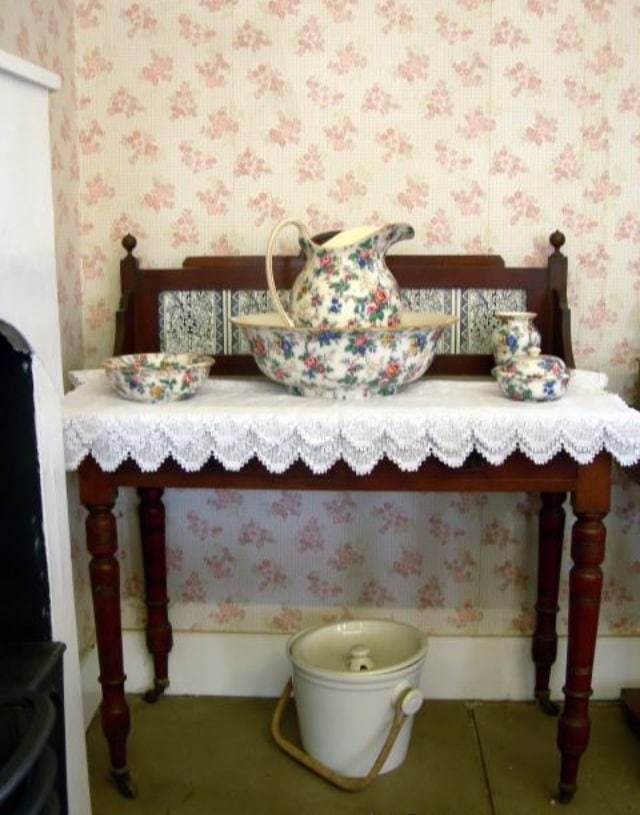 were a bit different then. You wouldn’t find them in the “outhouse” (the structure separate from the house that served a bathrooms primary function). No, most vanities were located in your bedroom. They were better known then as washstands, essentially just small wooden tables with porcelain countertops and a pitcher that held the water to wash your face with while leaning over the matching bowl. This set up was practical and universal.

The real origin of the bathroom as we know it, though, came about during the Victorian Era. It was then that the rooms were dedicated to the activities we associate with them. This introduction led to the concept of the modern bathroom taking root. Advanced plumbing had been developed and the bathroom vanities became wall-mounted sinks. They featured two faucets – you guessed it, one for hot, one for cold. Similar to the washstand, now equipped with hot water and a self-draining system, greatly increasing capability. 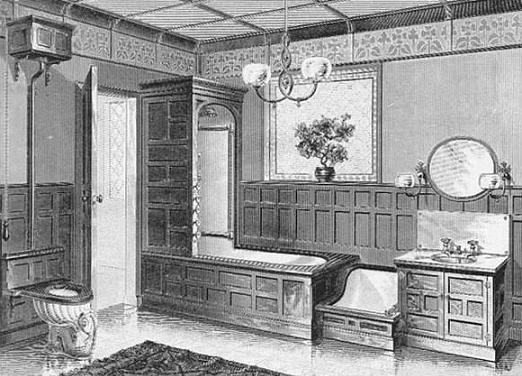 From the Victorian era and into Edwardian period, beliefs about cleanliness consistently emerged. It was thought that one (especially women) should stay nude for as long as 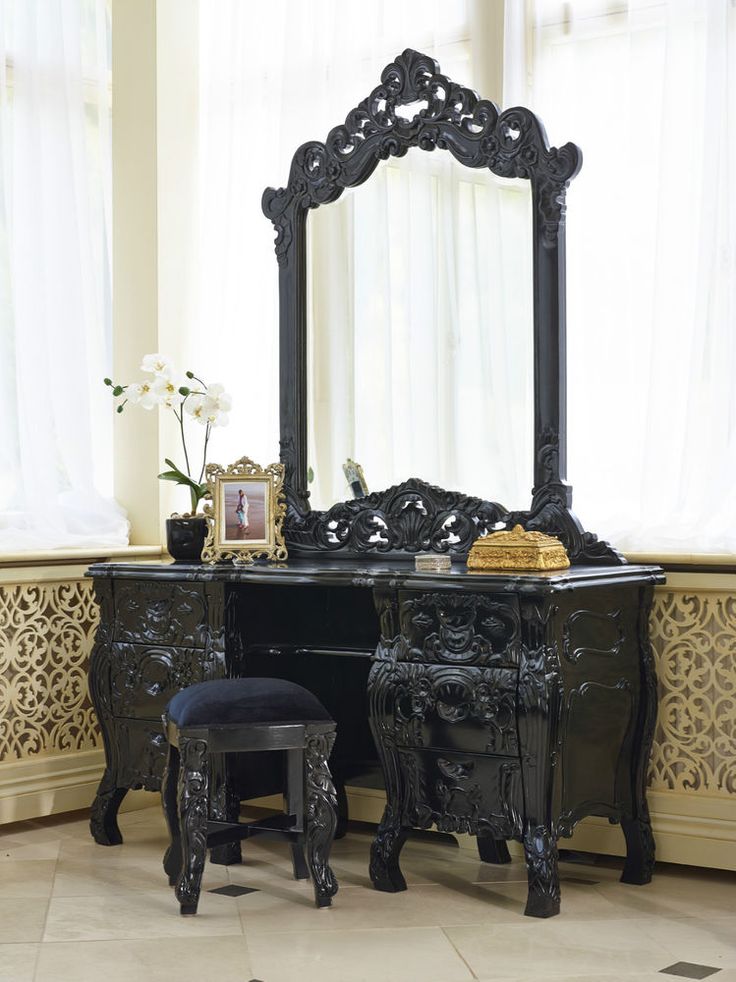 possible after bathing. Designed around such beliefs, the bathrooms were much less utilitarian, especially when compared to those of today. Back then, they may have been fleshed out with exotic wood and lush fabrics, replete with fancy furnishings. The vanity was also affected by the pomposity as it became an elegant neoclassical pedestal sink with decorative legs that reflected the function, form and look of the aristocratic dressing tables that were popular at the time.

It wasn’t long.pi before bathroom vanities essentially morphed into bathroom furnishings. However, rather than being recognized as its own private space, bathrooms were still associated with the bedroom. As indoor plumbing emerged successfully, console vanities became more functional, becoming what was essentially the bathroom vanity of today. Their designs copied furniture found elsewhere in the home, and in attempts to find and establish identity they were built into dressing tables, chests and even cabinets. A sink with running hot and cold water could even be built on top of an elaborate hand finished wooden bureau, complete with pull out drawers. It was at this point that the real development of the modern vanity really began.

Over the past century, furniture style vanities were slowly streamlined. Soon, gone were 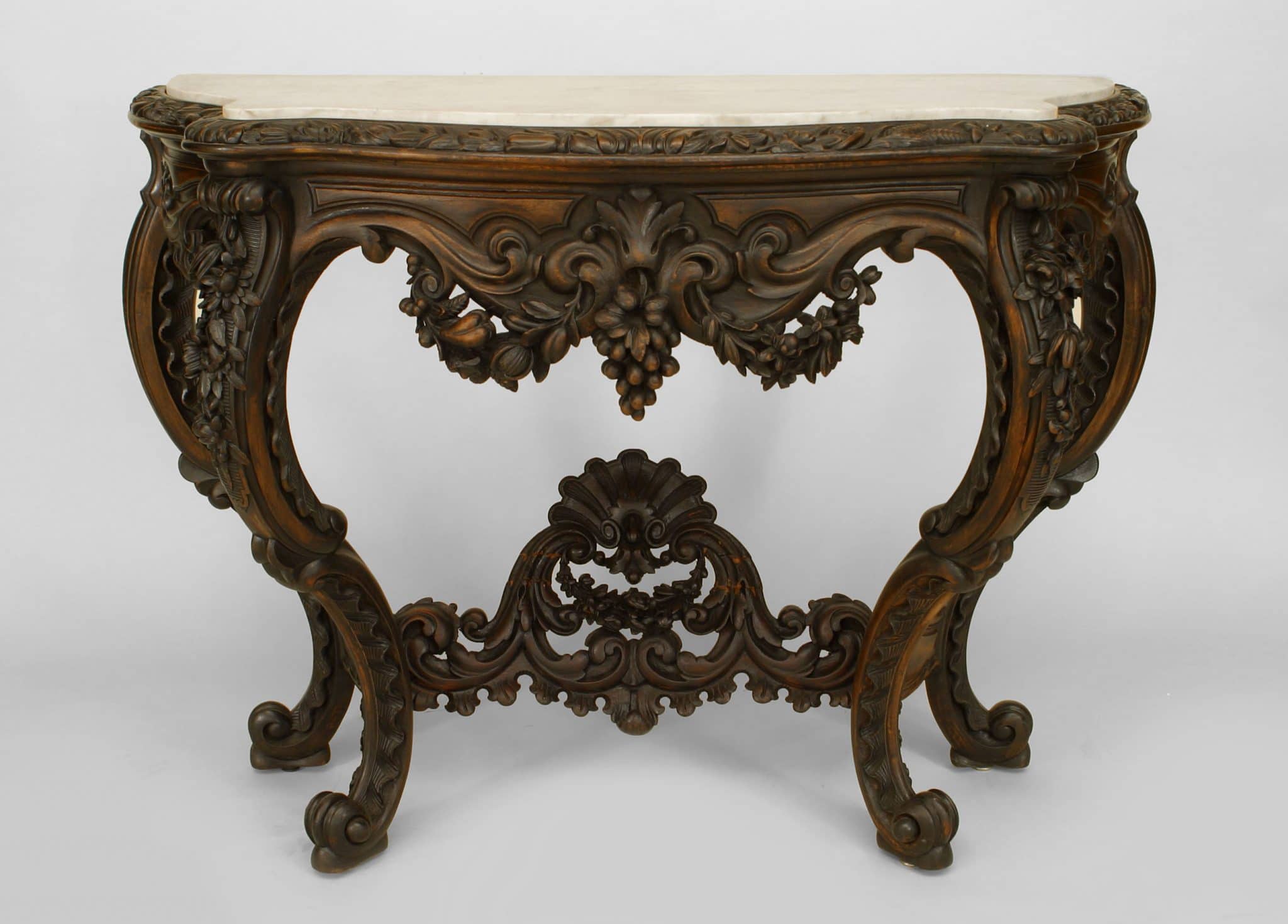 much of the fancy trimmings. In the transitional style bathroom, vanities held an antique style form, but it was stripped of the former floral patterns, elaborate carvings and custom borders that so often use to adorn them. Instead, simple lines replace the former popular deco. They could still retain hints of Victorian elegance, but they were now more modern, casual and ultimately more comfortable.

Today, vanities are available in nearly any style imaginable. Popularly, however, the designs have opted even more toward minimalism. Although the more beautiful and detailed furniture-like vanities are still being manufactured, they offer, and tend to be of, novelty appeal. It’s the straight-forward no frills smoothness and basic structure that is most preferred today. Simply put, it is a product of modern design. In a bathroom setting, they are easier to clean. Practicality makes them easier to work with and is partly why they are widely appreciated.

It is a change widespread in the décor of modern homes, with formality being replaced by the causal and comfortable. Indeed, this trend is reflected in the bathroom as well. Its art is in the simplicity and utility yet not at the cost of appearance. And if it’s not appealing to you, you simply may choose something more to your liking. That is the true result of this evolution, how anyone may placate their ‘vanity’ by having the freedom to choose a style that best reflects their personality.

Sunny C. - August 15, 2022 0
One of the most common places for water damage to occur in the bathroom. This is due to the fact that bathrooms contain a...