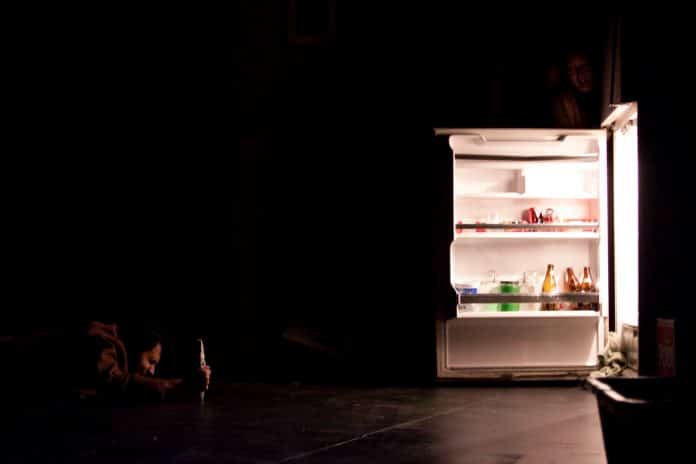 The kitchen fridge has been taken for granted too long, learn how it works!

It just hums along. Sometimes it makes strange noises. You’ve stood in front of it a million times. You’ve explored its inner chambers over and over again, always in search of that perfect treat. It’s an awesome machine. It’s not until you’re forced to do without that you 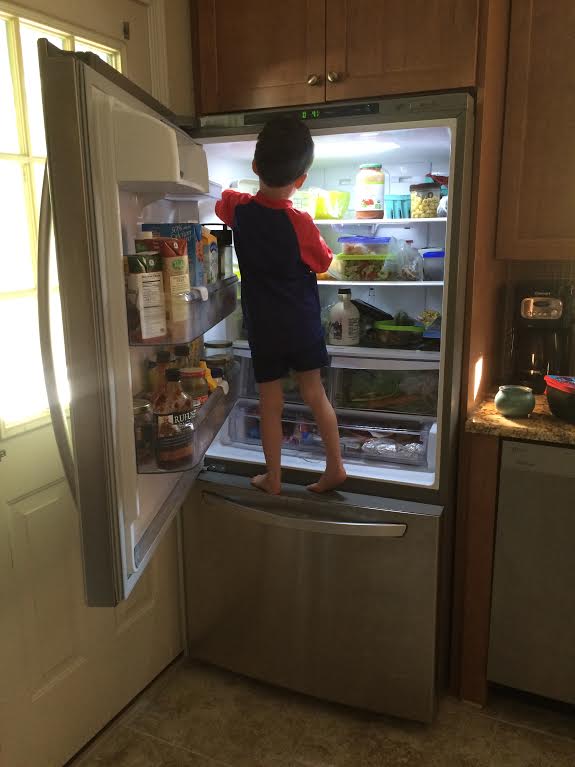 realize just how much you rely on it. When it breaks down, your life is genuinely affected. Food goes bad. You can’t store frozen goods until it’s repaired. You have to empty it and restock it. This is usually the time that each of us learns to truly appreciate one of the greatest modern marvels of home convenience – the refrigerator.

It’s easy to dismiss the fridge as an ice box that just works somehow. Put something in, and eventually it will be affected by the temperature and get cold, right? That’s not quite accurate. What it actually does is extract heat actively from warm foods. But where does the warmth go? You don’t need to open the door to release it…

It’s all about the behavior of gasses. Their temperature will increase when they are compressed. So if you squeeze gas into a space that is actually half of its volume, the heat energy contained within its molecules will fill only half as much space as it could, and the temperature of the gas will rise.

So, when you release a gas that’s stored at such a high pressure, in this case squeezed into half its natural capacity, it is free to expand and retake its volume. The heat in the gas’s molecules cools down because now they can take up more space. You may have noticed that freezing sensation from the spray of an aerosol air freshener– it’s this concept at work!

Now that we understand that the action of compressing gasses makes them hotter and allowing then to expand causes them to be cool, let’s look at how that applies to the function of a refrigerator. 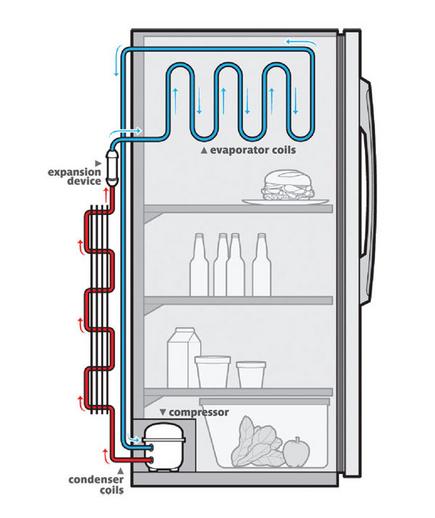 Coolant is a necessary ingredient to the refrigerators chillling process. It is a chemical designed to alternate between being a cool liquid and a hot gas. It enters an expansion valve as a liquid. As it moves forward, a extreme temperature drop causes it to turn into gas. The pipe that contains it is designed to get wider to allow the gas to expand and get cold. It flows around a chiller cabinet and absorbs heat from the food products within. Affixed just outside of the fridge is an electrically powered pump (that squeezes the gas) called a compressor (this is what causes the inherent hum). The compressor is attached to the condenser, a grill-like device that releases the heat in the manner of a thin radiator. Meanwhile the gas still exists and is circulated, repeating the process continuously. Heat is removed from the inside and expelled externally.

There are over eight million refrigerators sold in the U. S. each year. We’ve all grown up using them. But how many of us ever deeply considered the aspects of the innovative science that keeps the machine working constantly? Or wondered at the way it transforms liquids into gasses and water into ice, all the while keeping our favorite drinks cool and food fresh?

Representative of good fortune, it’s just another appliance that most of us would have a hard time learning how to do without. Thankfully it will be a long time before the refrigerator’s crucial position in the kitchen will be challenged!