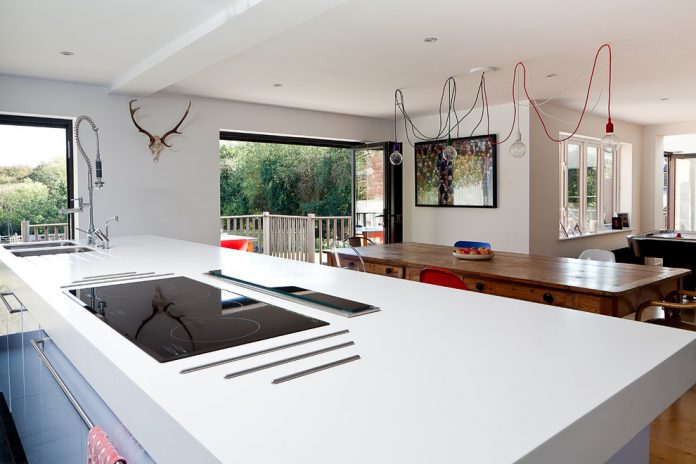 Why efficient induction cooktops are taking over

Everything is relative, isn’t it? We can’t control everything, but we can make choices to influence our circumstances. A person who is always on the go, for instance, will likely want the luxury of being able to do everything quickly. That probably includes the preparation of meals. They do have some sense of class, however, because they frown upon the use of a microwave oven. Thankfully technology has kept up with their culinary ambitions. Meet the induction cooktop – well-known and common in Europe, this innovation is only starting to catch on in the States where gas and electric ranges continue to reign supreme. The fact is, an induction cooktop has very little to do with either of those; the source it uses to heat pots and pans (and quite rapidly) comes from electromagnetism. 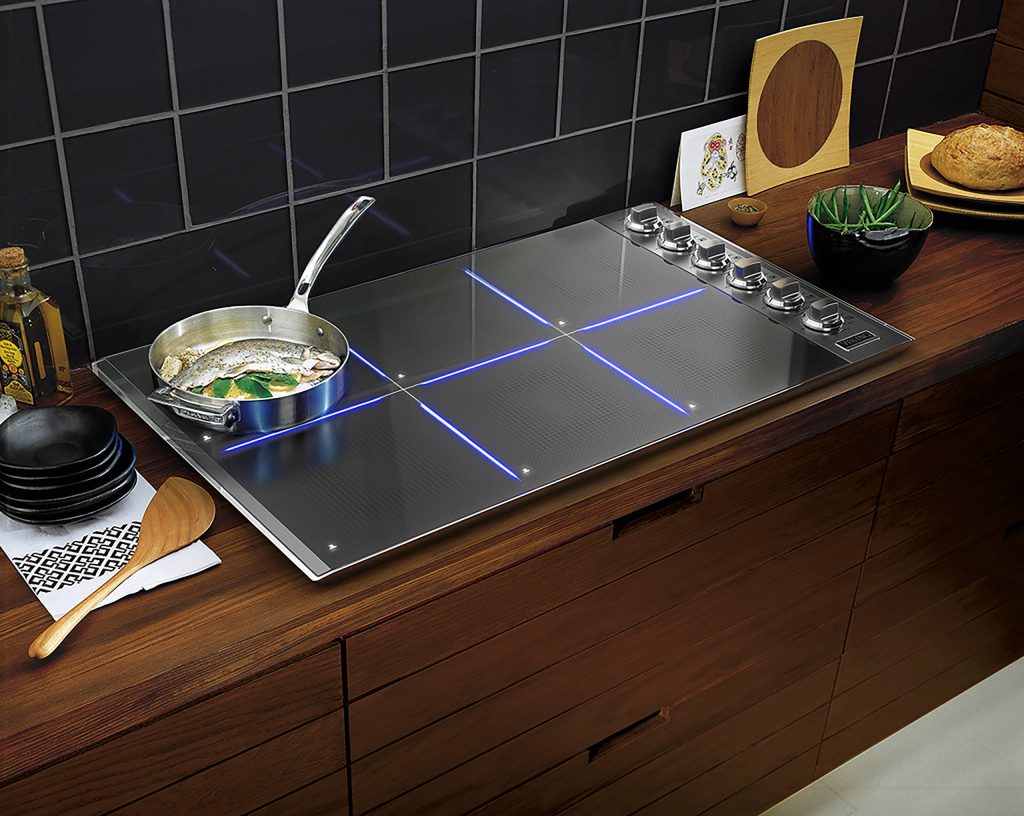 In fact, the speed is just one exciting feature; there are a few other genuine benefits to the induction cooktop, and the U.S. is catching on. Currently it is the price that is prohibitive for that majority of people who are already weary about taking on something new. After all, they grew up and have grown accustomed to gas and/or electric. Why change? Well, the prices are coming down and many people are investing in technology when it comes to their kitchen remodels. The possibility of adding an induction is discussed more now than ever before.

As mentioned previously, the induction cooktop cooks really fast. This is simply because the pan heats up quicker than it would via its electric and gas countertops. There’s also the difference of the heat being applied directly rather than separated as via flame or heating elements. Essentially, electromagnetic activity from the cooktops triggers the pan to immediately warm up as well. The pan, therefore, is where the heat forms initially. Ultimately fewer steps are needed to heat the cookware, and subsequently the food. It is typically 25 to 50% faster than conventional ovens. 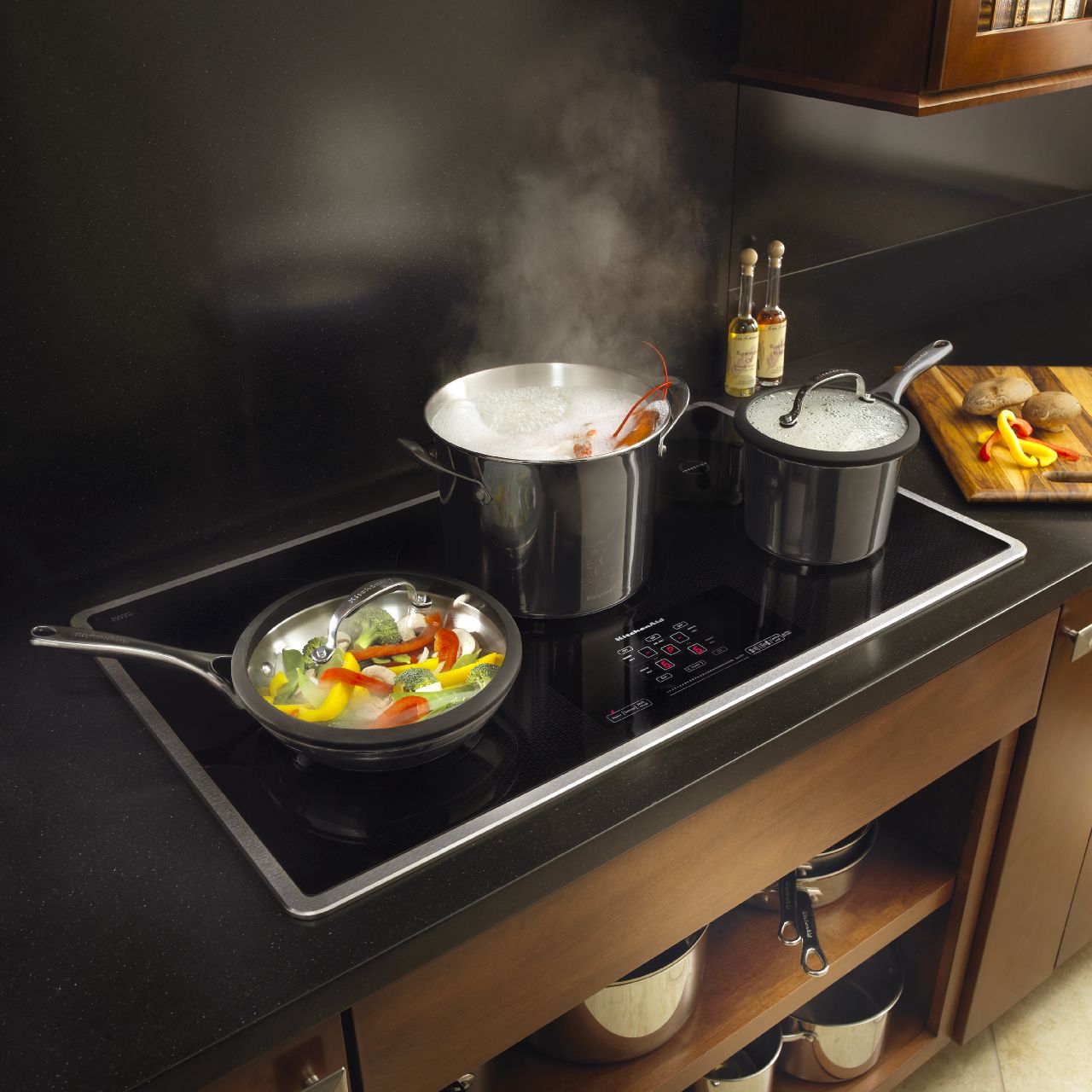 Just as favorable is the fact that such efficiency features reduced energy consumption that translates to lower energy bills and a cleaner environment. And since it releases less heat you’ll be more comfortable in their kitchen cooking over it. Unlike a gas flame that releases a lot of heat around the pan (or a burner that emits heat unless it is in contact with something) the induction does not freely expel energy, unpleasantly heating your kitchen in the process.

Safety concerns are always valid when it comes to your choice of cooking appliance. You don’t want to be worried about the gas being left on, or worse, a grease fire. Certainly we don’t want a child to burn themselves by naively touching a very hot surface. Though we hardly give it a second thought, the stove top can be a very dangerous area. That’s another advantage of the induction – no flames equates to no fire risk as no gas equals no threat of a gas leak. 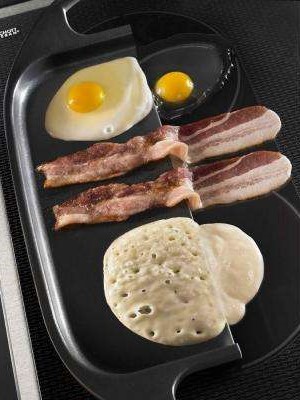 In fact, the induction cooktop barely gets hot at all, the heat is limited to the pan. That’s where it’s created. It’s hardly likely that the cooktop itself could cause a burn. In fact, the response to the turning of the temperature dial is nearly immediate, so as soon as you turn it off, everything cools down. Unlike conventional ovens that retain heat long after they are shut off, now when you handle the pan after cooking you’re not at risk for burning yourself.

As far as cooking there is a great deal of control to enjoy with the induction cooktop. Experienced cooks have long preferred the precision of gas burners as they are more accurately responsive to the turn of the dial. It’s the best for competently prepared home cooked meals. Induction cooktops are not only just as responsive they also have an array of additional features. More settings allow you to dial in specific temperature increments. Now you can cook at very low settings and not worry about inconsistent performance. There’s no faltering at low heat – perfect for keeping sauces warm! 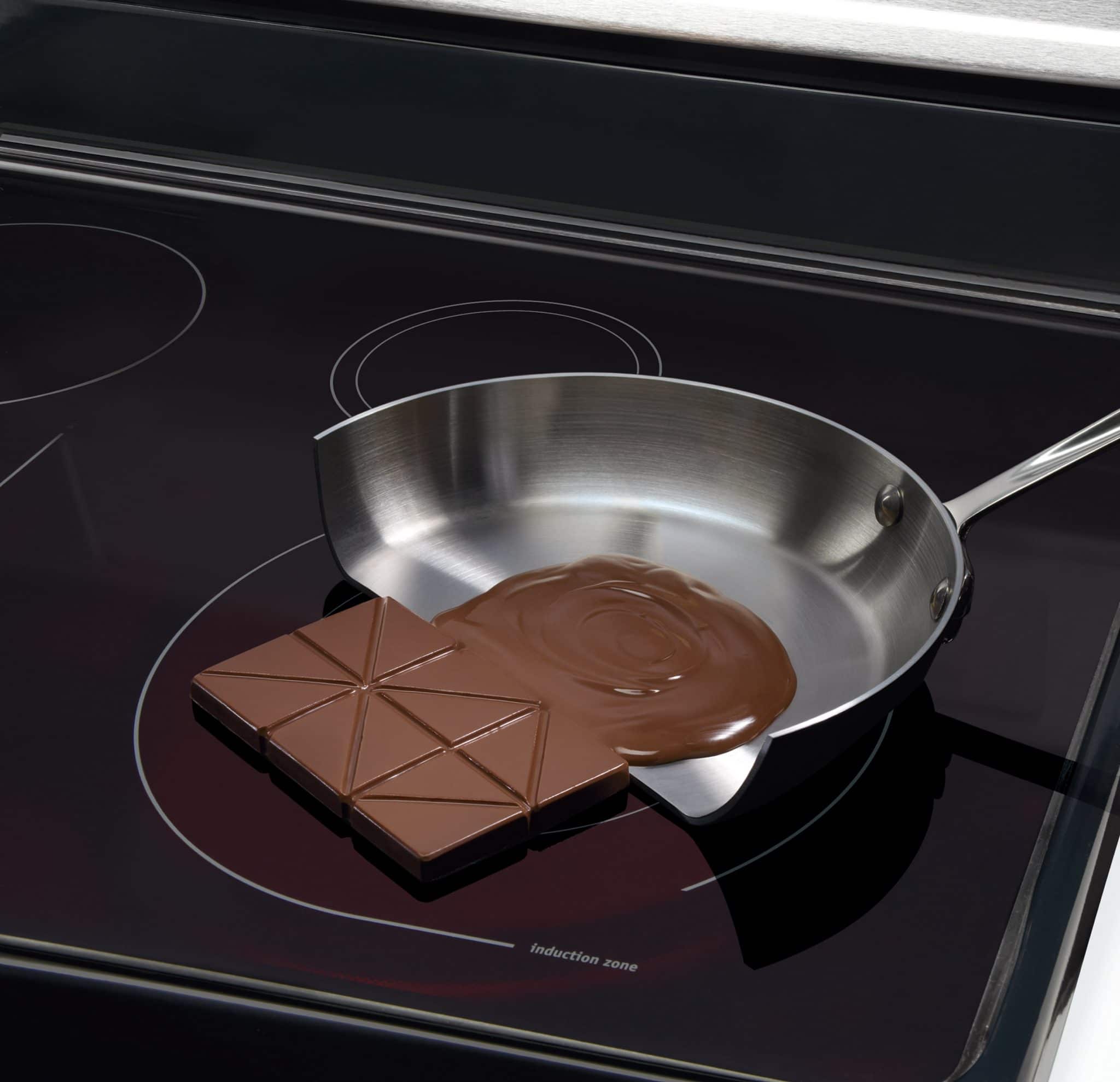 Possibly the bottom line for induction cooktops is their practicality. You have less waste, it is safer and the overall advantages to cooking are improved. It’s even easier to clean. It seldom gets very hot, so you don’t have food burning into the surface. A spill is only as troublesome as a quick pass with a sponge.

Of course we are all about full disclosure, so here’s the catch. It’s a bigger investment. With the accessories you’ll need you could pay double of what you would for conventional ovens. But they have been coming down in cost, and are becoming quite popular when integrated as a part of an entire kitchen remodel. It won’t be too long before everyone can afford one. In the meantime, induction cooktops have established an excellent reputation and are certainly here to stay.

Sunny C. - February 11, 2021 0
A beach-inspired kitchen can project a relaxed and refined style, even if it is not actually located at the beach. Some beach house homeowners...