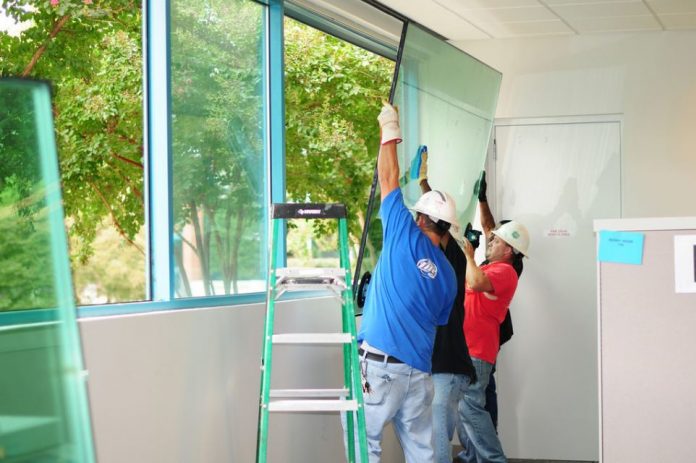 How a Small Disaster can create Windows of Opportunity

These days, it seems like we all are on a budget. It’s not funny or shame worthy, it’s just the way that it is. Many of us have learned to adapt to the circumstance of low income long ago. We roll with the punches while keeping our expenses manageable. We’ve made it work. We make very few extravagant purchases and trips to the dollar store are integral. We know a bargain and how to make the most of our money. And we apply that philosophy to everything we can. We are modestly prepared for every cost necessity that unexpectedly arises. 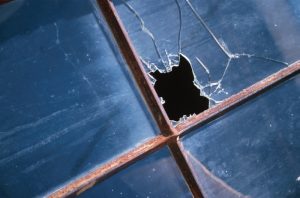 So what would you do then if, theoretically, an earthquake or other disaster caused a window or three to shatter in your home? Say they were as old as your house, over thirty years, and you’ve always wanted to replace them. They were drafty and difficult to open and close. But now you are forced to buy them. You’ve checked with your insurance and you’re not covered for the specific cause of damage. An emergency is never convenient. First, immediately check with your local utilities company and the federal tax codes for possible rebates and tax write-offs. Energy efficiency is rewarded. Also, you must check with your local building codes for required specs. It can be a hassle, but remember, the right windows will save you money in the long run.

Your windows were designed to be there. They are part of the wall. Now that you are going to replace them, don’t attempt to remove anything but their casing, you don’t want to compromise the integrity of the overall structure. Ideally, you’ll hire a professional. Yes, more windows will take more time & money. The type of window you choose will be a factor, of course, and this is an area that you know you shouldn’t go too cheap on. 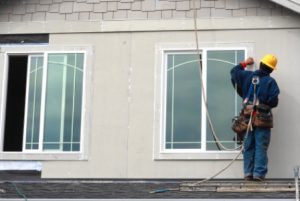 You’re thinking you might just replace the glass. You’re told it’s only about $3.00 a square foot for the raw material regular single-pane glass. Factor in the supplies you’ll need, such as points, putty and caulk and gun and you’re looking at $16 to $22 per square foot installed. Having a professional do it will be substantially more, at about an additional $50 – $100 per window. He’ll likely give you a discount for multiple window replacements.

If the windows to be replaced are double paned or insulated, labor and glass type will increase the overall cost. In fact, all factors considered, you could be looking at $288 per window. Since we’re talking primarily about glass replacement, you needn’t consider work to the frame. However, if it is damaged or just old and sorely need of retiring, you could be looking at $900 per window.

So how are you supposed to save money in this crisis? Let’s review costs, from which an option that won’t force you into the poorhouse may be chosen. A single pane single window will cost around $50.00. Double pane, two windows are between $350 and $400 while the superior Bay windows of three panes can be as much as $1000. Some of these numbers may be discouraging, but remember that a typical window repair will average $300.00. 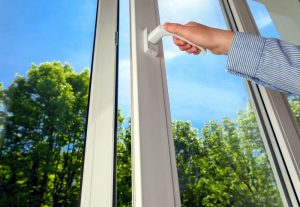 In the example given however, where the glass on old inefficient windows was smashed the best solution is obvious. Replace only the single pane glass (which can be as low as $139) then take measures to prevent or limit their draftiness. Seek the source; is the weather stripping deteriorated and ineffective? Maybe the window simple refuses to shut completely. Such failing may be easily addressed and corrected. Start by replacing the weather stripping (you’ll have to take care in removing the previous layer). Look for all sorts of cracks and apply Rope Caulk into the gaps where it will form into the space. You may also try Shrink Film, an adhesive covering that responds to heat (use a hair dryer) to shrink and conform to the surface making an airtight isolator. Armed with new glass and a frame that has been reasonably modified, you’ll find that this level of repair was afforded with ease and a minimum of stress.

Let’s hope that this fictional scenario never comes to fruition for you. You may still implement some of the suggestions as preventive measures to eliminate drafts, etc… and just knowing some of the costs related to the world of window replacement will allow you to be better prepared in the case of your own window pain.

Josh - June 29, 2017 0
How to clean your precious countertops & tile Certain cleansers can damage marble surfaces. Such a danger may not even be revealed on the product's...